Bumps To Babes And Beyond

Bumps To Babes And Beyond 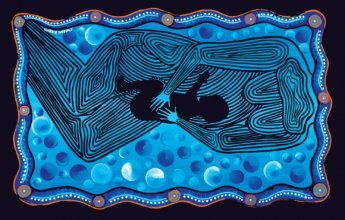 A ground breaking Victorian program has helped to reduce the risk of Aboriginal and Torres Strait Islander children being placed in out-of-home care and helped build stronger families.  The Bumps to Babes and Beyond program has found that giving vulnerable mothers parenting education and support during pregnancy and during the first 18 months of their child’s life improved outcomes for children during this critical time.

The two-year program, developed by Queen Elizabeth Centre (QEC) in partnership with Mallee District Aboriginal Services (MDAS), has worked with 18 women and their families in Mildura. The program has been funded by the Victorian Health Department.

 All children remained in the care of their family during the Bumps to Babes and Beyond research (Child Protection rates in Mildura are 22.1 for every 1000 children compared to 7 per 1000 children state wide);

 A decrease in mothers’ depression between beginning the program and three months post birth;

 86 per cent of mothers breastfed on discharge from hospital following their child’s birth, compared to 42 per cent of Aboriginal and Torres Strait Islander mothers engaged with Mallee District Aboriginal Services, but not enrolled in Bumps to Babes and Beyond;

 All antenatal appointments were attended by the mothers engaged in the program;

 All children attending the program were up to date with their immunisations;

 All children attended key age and stages visits with the Maternal and Child Health Nurse; and

QEC CEO Athina Georgiou said Bumps to Babes and Beyond had taken an innovative approach that could be replicated in other vulnerable communities.  “Our findings show a real breakthrough in an area that has historically been a challenge,” Ms Georgiou said.  “The removal of children from Aboriginal families has had a devastating effect on their communities, leaving many of them facing a host of complex issues.  “By tailoring the program to meet the mothers’ specific needs, they not only learn about child development and the health and wellbeing of their baby, they also learn to value themselves and what they can offer the next generation.”

MDAS CEO Rudolph Kirby said one of the key reasons the program has been so successful was that it involved a genuine partnership between a local Aboriginal health provider and a mainstream organisation with expertise in supporting mothers and babies.  “We have people knocking on our door everyday asking about the program. Mothers who have completed the program are even asking to return as mentors to share their knowledge and experiences with future participants,” Mr Kirby said.

For more information or to arrange interviews, please contact Kate Thwaites on 0408 128 756 or email k.thwaites@cprcomm.com.au